Social media is the hottest thing to hit the planet these days. Everyone is glued to their screens, busy browsing through various social networks. If you think about it, social media has become an obsession for many – addiction to selfies among other things. Who would’ve thought we could all become stars in our own rights. After all, it is our wall and we are free to post whatever we want. 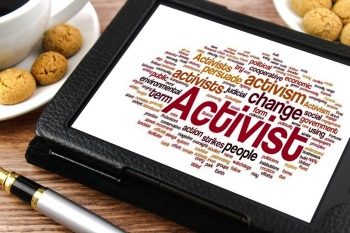 And considering how widespread social media is the world over, it has also served as an effective platform for different causes. Businesses take advantage of search engine optimization including social media to promote and grow their brand in the digital world. Even world leaders and news organizations utilize social media to reach the people and deliver important news and updates that involves the state and the welfare of its people. No wonder we also see a rise in social media activists who voice out their opinions and influence the public by posting through various social media channels.

The assertion that social media can turn local news into global stories, while valid, is grossly overestimated. Social media websites can reach large groups of people — particularly when posts are actively spread — but they can also be a wasteland where interesting news and important issues are hidden amongst memes and cat videos. Social media is also rendered ineffective without active users sharing posts from person to person. Though the platforms represent a way for citizens to assert their beliefs and advertise for events, movements can be stunted before they get off the ground if they do not inspire immediate interest from users. One of the biggest misconceptions about social media platforms is that they reach all users around the world and are the easiest way to unite all citizens for social movements.

However, it has its drawbacks like any other thing on the planet. While we assume that the majority of the population are into social media in our tech-craze world, a big number of people still don’t have access to the Internet or even have social media accounts. And as such, it is not fair to think that whatever is shown on social media is really the sentiment of everyone when many others don’t actually have an idea what is going on over the World Wide Web. So, how can activists utilize social media properly?

In this age of internet activism, there have been moments, Kony 2012 or the Ice Bucket Challenge, that have painted the public’s understanding of activism in the digital age. Was their success purely random chance? Or is there a formula for starting a movement? While generating heaps of online attention is admirable, much valid criticism stems from the notion that such one-offs generate little tangible impact in the “real world”.

While the ability to instantly reach thousands if not millions of people online has opened entirely new possibilities for organizers, building and sustaining a movement requires more than does a viral one-off.

Activists no longer raises up their placards on the streets, shouting until their throats run dry or having to endure the heat of the sun. Social media is a more convenient option to make your voice heard by more people with just a few clicks.

When you type be ready to act too. The power of words can transform into action. The power of social media as activism is simply an amazing thing. If you have a strong enough message you can use it for the benefit of others; reaching those who have the same voice, to drive awareness and charity campaigning. When news needs to travel fast there is nothing like Twitter. An idea can spread in minutes. Some friends and I wanted to help the refugees in Calais and in two weeks, purely through the power of Twitter and social media, ‘Help Refugees’ aid arrived in Calais.

But we have to be careful that we don’t replace activism with a status update. It’s so easy to make a bold statement online and feel like you’re actively adding to a cause, movement or view. But moaning on Facebook to 500 people you haven’t seen for 10 years isn’t being socially minded, it’s having a rant to people who don’t really care. Typing your feelings is a temporary relief; getting a ‘like’ can be an instant way to salve your conscience, but it’s not changing anything. If you’re experiencing sexism in the work place, then walk in and confront it. Don’t anonymize it online.

In a world that is continually in conflict, we get to enjoy the benefits offered by social media not only in uniting people with the same interests but in showing the world what causes really matter to the public. When used right, social media can help mobilize people to help achieve a bigger goal, whether it is during an electoral campaign or an important fundraising. But social media activism isn’t all about just posting something on social media, it is so much more.

Everything posted on the Internet stays forever. Whether you delete a post, chances are someone already took a screenshot of it that may be the reason for your undoing. But even if not, you can get into a heated argument because of an insensitive comment or a poorly typed status update consisting of all 140 characters. For social media activism to work, your posts should reach the people and organizations who can help you fight for your cause, perhaps with the help of using the right hashtags or more.