People get addicted to video games especially in their youth when time is plenty and there is nothing much to do. Young kids can spend hours and hours in front of the screen playing arcade to role play games that soon become an addiction. While it is a great past time and can save one’s sanity from boredom, both the experts and parents are strongly against too much video game use for good reason. 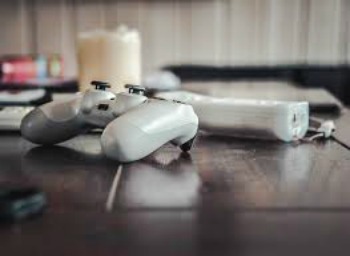 Not only does it take time away from doing important school work or helping with household chores, playing video games can also impact one’s health and well-being. Many times a player loses track of their priorities and get so immersed in the games they are playing or even end up fighting with other players they have disagreements with. But have we really looked at playing video games as an addiction or is it just an innocent hobby for those who are kids at heart?

Some of the cons of video games come from bad parenting in my opinion. The most common complaint about video games is that they are too violent. The “too violent” games are rated M and to buy it, you have to be 17 years of age with an ID or older. So, if a parent buys their 10-year-old a rated M game that wasn’t meant for someone his or her age, the game isn’t at fault the bad parenting is.

Personally, I believe one of the worst cons that can come with video games is the addiction. It is really easy to get addicted to video games (speaking from experience) due to how fun they are. Children might develop the habit of caring about video games more than school. That could also be bad parenting, however.

While playing with video games can be a great stress-buster for many, its biggest downfall is that it prevents people from dealing with real problems head on. It serves as a means of escape from real life that is not always a good thing to do.

Video games keep getting more complex and visually appealing, so it’s no wonder more people are drawn to them nowadays. But this new era of compelling digital entertainment could have a dark side for unemployed young men.

It might sound like something an old man shouts from his rocking chair, but kids these days appear to be more interested in escapism than diving into the job market. A preliminary report from economists at Princeton, the University of Rochester and the University of Chicago, suggests a strong link between electronic leisure activities and unemployment rates for men in their 20s.

And technological advancements are mainly to blame her because the more sophisticated and life-like video games have become, the more people want to play with it, even sacrifice time for work, school, or relationships just to indulge themselves in a game or two.

For starters, the study points to video games getting more and more sophisticated as time goes on. Gaming is now a multi-billion dollar industry filled with beautiful, engaging games that can take upwards of 100 hours to complete. It’s much easier to get lost in an immersive, virtual world than it used to be. But it’s not just about how amazing video games are now. As Erik Hurst, one of the report’s lead authors, explained in an interview with Econ Focus, living a leisure lifestyle is also a little easier than it was before.

Video games can be an addiction that affects many of today’s youth and even young adults who have a hard time looking for work or the elderly who are too bored at home or in nursing homes and want to relax and have fun without necessarily going out. But because we all acknowledge it is an addiction, we know that it can affect your health and life negatively.

There are other more useful things to do rather than sit in front of the screen and play games that do not make a difference in your life. While it is fine to play video games when you have literally nothing important to do, it becomes a bad influence in your life once it takes your time away from important life pursuits. Aside from becoming an additional expense, it’s also a waste of precious resources like electricity or energy and a hindrance in building and maintaining