Health is as important as education to the public. They play a major role in uplifting the quality of our lives and both (education and health) also requires money, a lot of it. How ironic. These two should actually be the top priorities of the government. Not all governments are perfect but it’s not acceptable for them to compromise the health and well-being of the public because of personal vested interests. That’s how many Americans feel about the possible repeal of Obamacare. Although Obamacare has its flaws, it has its finer points that should not be totally ignored as well. 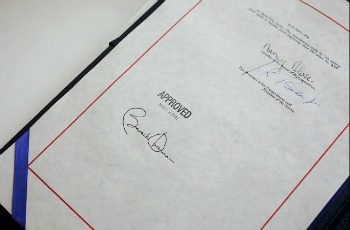 There has been a lot of drama already regarding its repeal since President Trump assumed office. He, for starters, is hell bent on getting Obama’s legacy rendered obsolete and irrelevant in Trump’s America. Starting from discussions in the House and now in the Senate, Republicans and Democrats make up a good fight. But then, should they really be arguing over this issue because of party affiliations when they should be thinking of the public’s welfare every single time?

We’ve seen this movie before. Republicans, after a secretive drafting process, finally unveil a health care bill. But the initial reaction is tepid, with both moderate and conservative Republicans expressing “concerns” and demanding changes to the bill.

Soon after the BCRA was officially released, four conservative senators — Rand Paul, Ted Cruz, Mike Lee and Ron Johnson — issued a statement saying they were “not ready to vote for this bill,” although they also said they were “open to negotiation” about it. This was hardly the only opposition to the bill, however. According to the Washington Post’s whip count, five other relatively moderate Republicans — Susan Collins, Lisa Murkowski, Dean Heller, Rob Portman and Shelley Moore Capito — said they had serious concerns with the bill, ranging from its defunding Planned Parenthood to its cutting funds for Medicaid.

Trump has been pressuring Democrat legislators into passing this new health care bill for months now and he wasn’t even subtle in doing it. Everyone can tell how badly he wants to get Obamacare replaced for good and overhaul the US health care system. It’s not a joke what they are doing now because the fate (and health) of millions of Americans are at the mercy of what these senators decide to vote for.

The health-care proposal unveiled by Senate Majority Leader Mitch McConnell on Thursday came under immediate attack from conservative and centrist Republican senators as well as industry officials, casting the bill’s viability into doubt even as GOP leaders plan to bring it to a final vote next week.

The 142-page bill, which McConnell (R-Ky.) released after weeks of drafting it in secrecy, drew swift criticism from hard-right senators who argued it does not go far enough in undoing Barack Obama’s signature health-care law, the Affordable Care Act. It also prompted an outcry from centrist senators and medical organizations worried that it takes on the law, known as Obamacare, too aggressively and would lead to millions losing their health care or receiving fewer benefits.

These critics effectively delivered their opening bids in what is expected to be a contentious week of negotiations.

Republicans tried to address different controversial provisions to ensure it will get the necessary votes for it to overthrow Obamacare from its spot but it was not an easy feat because they faced a lot of criticisms right from the start. However, it won’t be long before all of America finally finds out what the verdict will be and many are nervous in anticipation as to what the winning vote will be. It’s hard not being covered by a health insurance these days because it is expensive to get sick. You can die if you don’t have the cash to burn in health care institutions. There’s a lot at stake here and the public is hoping that whatever the result will be, they won’t be on the losing end.

No comments yet
Obamacare Repeal US Health Care Bill