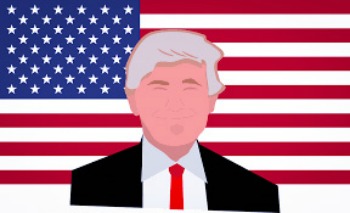 Lawmakers on Capitol Hill could be gearing up for a big fight over health care funding, after President Donald Trump threatened to withhold subsidies under the Affordable Care Act.

The President made the comments in an interview with the Wall Street Journal this week, indicating the move would be in an effort to bring Democratic lawmakers to the negotiating table.

However, Washington state insurance industry experts worry it could trigger panic and instability in the marketplace as insurers get ready to set their rates ahead of next year.

“It’s bad for consumers, and it’s bad for our state, because it has the potential to destabilize our individual health insurance market. That could be for this year and for years to come,” said Michael Marchand, spokesman for the Washington Health Benefit Exchange.

Marchand and other industry leaders interpret Trump’s comments to refer to subsidies known as cost sharing reduction funding, which assist with co-payments, deductables, and out of pocket costs for certain poverty level Affordable Care Act recipients.

The Affordable Care Act has been widely debated over the last few months and it has made both insurers and the people anxious, not really knowing what the future holds for them. While others already consider Obamacare to be dead, there are actually lots of people who rely on it to afford basic health care services.

This is damaging to the Affordable Care Act. The uncertainty around the future of this program is making insurers skittish about signing up for the Obamacare markets. When two Iowa insurers pulled out of Obamacare last week, both cited the law’s uncertain future.

Part of insurers’ worry is about the CSR money itself — $7 billion is a lot! Premiums would rise an estimated 19 percent should those funds disappear.

But CSRs matter in a bigger way, too, that is about more than money. Insurance plans want to know whether the Trump administration plans to stabilize Obamacare — or, as the President has suggested, let it explode. The decision on CSRs will be a bellwether of which way the administration leans. Right now we just don’t have a great indication of where this will land.

President Trump will give his all and not easily give up the fight.

Ask different administration officials the very simple question of whether the White House wants lawmakers to move to tax reform before returning to try to finish health care, and you’ll get different answers. One Trump administration official—President Donald J. Trump himself—told the Wall Street Journal that the answer to this question was simply “no.” Shortly thereafter, Trump’s own budget director Mick Mulvaney said that the two items were “certainly moving on parallel tracks now from a policy perspective.”

Trump doesn’t seem able to decide whether he still wants to try passing a health care bill with Republican votes only or if he wants to work with Democrats. Part of the joy for him in the latter possibility is that it allows him to issue threats to a new batch of people while also not backing down from his previous threats to the Freedom Caucus. Issuing threats is the only part of life that Donald Trump seems to genuinely enjoy and the only aspect of politics he can get his head around. That doesn’t mean that he’s learned to do so effectively, however; congressional caucuses are not quite like North Jersey elevator vendors. And since his threats to House Republicans were largely greeted with laughs, he’s taken up an unlikelier target—congressional Democrats—to point an empty gun at.

Trump believes that if his administration stops making Affordable Care Act payments to insurers to lower out-of-pocket costs for lower-income Obamacare enrollees—known as cost-sharing reductions—many of the law’s exchanges will collapse, and Democrats will come running to him to make a deal. He is correct on the first count: As my colleague Jordan Weissmann has noted, the Department of Health and Human Services could do a lot of damage if it doesn’t make these billions in payments.

Nobody really knows what American politics is all about now. When in the past public servants are supposed to be rendering service to the public, the Trump administration seems to be doing the opposite for the public these days. While his Battlecry during the election was to make America great again, even some of the very people who put him into office are starting to have doubts whether he will be able to fulfill his promise during his leadership after all.

President Trump is unlike any other past presidents the country had. His business acumen may be on point and he was able to build an empire as his legacy but public service is far from that. His continued attack on the Affordable Care Act can be the death of some of the citizens of this land, especially the ones who can’t afford to pay for healthcare by themselves. His delight in threatening Republican legislators to do his bidding is also not a trait that characterizes a good leader.

He will not be able to win the Democrats over by these tactics alone or persuade them to give up that easily, remember that this is real life and not just a reality show. For sure that over the next four years, chaos and confusion will be a constant fixture in the lives of every American, whether they are pro or anti-Trump.