The human species is so diverse despite our similar appearance. Unlike other species in this planet with sub-species that look so different from one another, humans almost look alike except for a variety in skin color and some features that determine our regional ancestry. Meanwhile, our cultural diversity also explains the difference on human behavior. 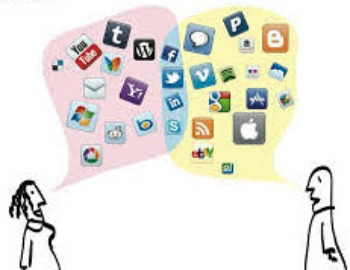 However, human behavior changes the more we dabble with technology especially with social media. Aside from the fact that most people in the world today use the Internet in their daily lives, social networks are also a popular hub to connect and communicate with the world at large. After all, we are a product of the environment. Relationships, shopping choices, good humor, and even study habits are now affected by social media. These social networks initially started to support existing social relations we already have but as the years go by, other social media platforms were developed that encouraged people to meet and befriend complete strangers aside from the ones where they already have existing offline relationships with.

People adopt unique personas for different social networking sites such as Facebook or LinkedIn, a team of researchers, including an Indian-origin researcher, have found.

“Users tend to portray themselves differently in these different worlds,” said Dongwon Lee, associate professor at Pennsylvania State University in the US.

Researchers theorised that these different personas stem from a desire to fit within the distinctive culture or etiquette of each site.

For instance, a photo of someone’s colorful drink may be popular on Instagram, but the same image post to LinkedIn would be frowned upon.

“The users tend to portray themselves differently in these different worlds,” Mr Lee explained.

Human behavior is so flexible it enables people to adapt to different circumstances with ease but at times this trait does more harm than good. When people change who they are to fit in to what society dictates they should be, that’s when things start to become a cause of concern.

The challenge is that most of the work on social interaction has been conducted using “real world,” face-to-face social networks, in contrast to the types of online relationships that are increasingly common. So, while we know that old-fashioned social interaction is healthy, what about social interaction that is completely mediated through an electronic screen? When you wake up in the morning and tap on that little blue icon, what impact does it have on you?

Prior research has shown that the use of social media may detract from face-to-face relationships, reduce investment in meaningful activities, increase sedentary behavior by encouraging more screen time, lead to internet addiction, and erode self-esteem through unfavorable social comparison. Self-comparison can be a strong influence on human behavior, and because people tend to display the most positive aspects of their lives on social media, it is possible for an individual to believe that their own life compares negatively to what they see presented by others. But some skeptics have wondered if perhaps people with lower well-being are more likely to use social media, rather than social media causing lower well-being. Moreover, other studies have found that social media use has a positive impact on well-being through increased social support and reinforcement of real world relationships.

A lot has changed since technology took over the world. Back then, not everyone had access to these sophisticated gadgets because they are far too expensive and only the rich can afford it. But with the mass production of these things, even the masses can now afford to buy one without spending a fortune. And it’s not that impossible anymore to get these gadgets fixed once they get broken.

Human behavior also changed along with the rise of the Internet and social media. People are always on their smartphones or gadgets checking on their social media accounts that they often mistake virtual reality for real life. Moreover, people usually only show the good side of their lives to the public but in reality, life is not a bed of roses. There are difficulties and challenges that come our way but we often bottle it up, to give others the perception that our life is perfect. In that way, social media affects human behavior negatively. The key here is to use it in moderation knowing how many people often lose themselves when using it. Even too much of a good thing can still be bad for you.