We are not new to war nor will we ever become immune to it. Both our history and present lives are riddled with issues of war, conflict, violence and suffering that at times it makes us lose hope that we will ever attain world peace. But even if we still can’t fathom all the mysteries of human nature, there are certain things that unite people regardless of race, color or religion. Our appreciation for the arts is universal. We may have different tastes but we all know how to appreciate real talent when we see or hear one. 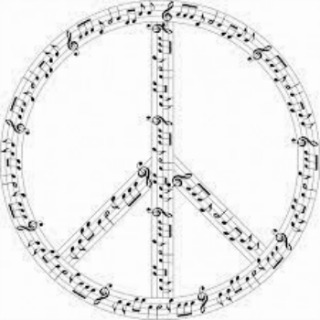 Museums are full of artwork made by artists all over the world that we all fawn over. Aside from these intricate and exquisite art pieces, music is also another form of artistic expression that makes the world a better place. Music is defined as a form of art and cultural activity where sound organized in time is the medium. The pitch, rhythm, dynamics and sonic qualities like texture and timbre are music’s common elements, responsible for bringing to all of us timeless songs and music that celebrate the gift of life.

The world may have survived two world wars already, some of the deadliest wars with the highest casualty is still happening in our midst. The Syrian Civil War has been going on for six years now and the end is still not in sight. And one of the world’s biggest problems right now involves the terrorist group, ISIS, which are responsible for some of the most unspeakable crimes as of late. The world was shocked when the U.S. recently bombed Afghanistan. But in light of this tragedy if not a strategic use of the country’s resources, Fox News created a music video to celebrate this controversial bombing.

“The video is black and white. But that is what freedom looks like, that’s the red white and blue,” host Ainsley Earhardt said after the program showed the video of the bomb dropping in Afghanistan.

“One of my favorite things in 16 years at Fox News is watching bombs drop on bad guys,” Geraldo Rivera says.

The video was shown overlaid with country star Toby Keith singing the chorus of “Courtesy of the Red, White, and Blue,” which celebrates the military with jingoistic fervor:

“Hey Uncle Sam, put your name at the top of his list
And the Statue of Liberty started shakin’ her fist
And the eagle will fly man, it’s gonna be hell
When you hear mother freedom start ringin’ her bell
And it feels like the whole wide world is raining down on you
Brought to you courtesy of the red white and blue.”

Later in the program, Fox and Friends showed the video again, again overlaying it with uber-patriotic country music.

“We’ll play a little music, demonstrate the moment of impact there in Afghanistan on the MOAB in Nangarhar province,” host Pete Hegseth says, as the video plays under Kid Rock singing “born free.”

Immediately before the music starts, the program showed a clip of Trump saying about the bomb that he has now given the military “total authorization. That is what they’re doing. Frankly that’s why they have been so successful lately.”

However, many are disappointed at the turn of events, especially those who voted for President Trump thinking that he won’t be as war-freak as many though Hillary is. But I guess, he proved everyone wrong again. You can’t really judge a book by its cover, in this case, on his words.

Almost a year ago to the day, Maureen Dowd published a column headlined “Donald the Dove, Hillary the Hawk” in the New York Times, becoming the most prominent exponent of a deeply misguided idea circulating during the presidential campaign: that Trump, for all his lies and racism and inexperience, would at least pursue a peaceful foreign policy under his “America First” ideology, scaling back the American intervention in the Middle East that created years of carnage under George W. Bush and, to a lesser extent, Barack Obama. Yesterday, Trump dropped the “Mother of All Bombs” in Afghanistan, the largest non-nuclear warhead in the American arsenal, which followed his deployment of cruise missiles in Syria last week.

This spasm of violence is frightening and abhorrent, and it has even some of Trump’s most dedicated supporters questioning their loyalty: there’s a strong streak of isolationism within his alt-right base, and both Mike Cernovich and Richard Spencer came out against the Syria strike. But for another sort of pundit, there’s nothing more presidential than causing terror and bloodshed. The Syria missiles had Brian Williams rhapsodizing and quoting Leonard Cohen lyrics, and now the chuckling idiots of Fox and Friends are pulling their own faux populist version of the same thing. On this morning’s episode, while footage of the MOAB blast played onscreen, they played Toby Keith’s “Courtesy of the Red, White and Blue (The Angry American)” as a soundtrack.

While many have found comfort in music for various reasons, its message is always subject to interpretation. Even with this now viral music video, the audience is likewise divided. Some are happy that despite all the violence and widespread destruction caused by the dropping of “the Mother of all Bombs” in Afghanistan, the U.S. is finally doing something to wipe out these ISIS terrorists at all costs. Meanwhile, some are saddened by this change of direction the Trump administration is taking considering how they banked on his words during the election that he would be pro-peace.

Amidst these mixed reactions, we can’t ignore the fact that America is a powerful nation and that the decisions of the few can wipe out an entire population of certain war-torn third world countries, even killing innocent civilians in the process and destroying the local environment. Experts even rebut that such an action is not necessary considering how few ISIS terrorists are in that area compared to the number of American troops and Afghan forces. But regardless of the motives, the damage can no longer be undone. We do hope some people find comfort in the message of this music video or even just enjoy the music that accompanies it. After all, the music makes all the difference.

No comments yet
Artistic Expression Through Music Benefits of Music