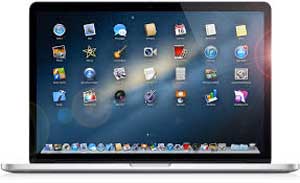 Drive the streets of Washington, and you’ll quickly understand why so many politicians are hot about infrastructure.

D.C. roads aren’t impassable, so you can reach your destination eventually, but along the way you’ll inevitably encounter potholes, detours and other time-wasting obstacles.

Set up server products to work with Mac clients, and you’ll quickly think of the D.C. streets. The Mac’s inadequate networking infrastructure has condemned it to the role of second-class network client and turned many server software vendors into the equivalent of road crews.

Fortunately, unlike the D.C. roads, Mac networking appears to be headed for a dramatic turn for the better. We were tickled to hear reports of Novell alpha testing an IPX protocol stack for the Mac. Native IPX support on the Mac would bring Mac clients one step closer to parity with PC clients in heavy NetWare shops.

To see what this development can mean if you have both Macs and PCs, consider the problem of setting up an Oracle NLM database server on a NetWare server.

Supporting PC clients is easy. They probably run IPX, and the Oracle server NLM speaks IPX, so you just use the existing PC protocol stacks, install the server software and you’re in business.

The Mac clients, however, can’t run IPX. Oracle supplies a TCP/IP stack for Mac clients, so you must use that — as well, of course, as TCP/IP software on the server. You end up with two types of protocol stacks to support.

With native IPX support on the Mac, the Mac clients and the PC clients can talk to the Oracle NLM the same way. Fewer protocols on the wire and on the server mean simpler network and server management, easier routing and generally fewer problems all around.

Server software vendors will also be happy to see IPX on the Mac. Today, a vendor that wants to target the bulk of the installed client PCs must develop an IPX-based solution. However, doing so cuts out Macs, so the vendor either must abandon Macs — for at least a while — or develop an alternative that uses TCP/IP or another protocol available on the Mac. Such a vendor must still develop a Mac front end to its server product, but at least it won’t have to customize the server software just to deal with M acs.

Mac client support for key server software products should thus hit the market faster than before. This should help not just database servers, but also such server programs as workgroup software. (Who knows, maybe the Mac version of Lotus Notes might have hit the market already if IPX for the Mac were available.)

Another interesting effect of giving IPX support to Macs is that Macs can more easily run software that serves PCs. If a Mac application server didn’t require any changes on its client PCs, there’s no reason it couldn’t compete with PC-based application servers. (No reason, that is, except for the sorry state of Mac server hardware, but we’ve covered that ground already.)

Of course, simply bringing IPX to the Mac is not enough. To take full advantage of some of the server software out there today, the Mac also needs a native NetBIOS implementation.

Further, IPX on the Mac should be a fully supported Mac protocol, so Apple’s AppleTalk Filing Protocol (AFP) can run over it. You should be able to use Mac servers to supply AFP file services over IPX if you so desire.

Finally, Apple should sell, or even give away, IPX for the Mac. Our understanding is that Mac IPX software will be available only as part of application software that uses it. Instead, the IPX support should be part of the Mac operating system. We’ve suggested before that Apple and Novell would make good partners; here’s another case where they could scratch each other’s back nicely.

If all goes well, IPX for the Mac should be ready in April –about the time the paving crews will be patching the winter potholes of Washington’s streets.