About 20-30% of computer users own a Mac. For starters, Macs are more expensive than your regular Windows PC. Apple sells high-quality technologies that do not come cheap. So, it is safe to assume that almost all Mac users are fairly rich themselves to afford such a fancy and high-tech product. Over the years, we have been used to hearing about viruses and malware (and now the more modern ransomware attacks) that damage Windows PCs. 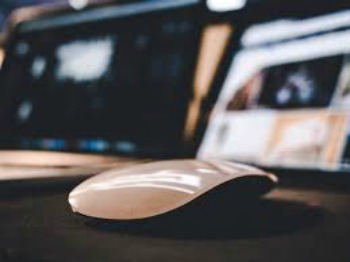 Macs aren’t actually immune to these viruses or other cyber attacks although they are often more secure than Windows PCs despite the absence of security software. Still, the debate between which platform is better continues. The Mac is susceptible to the “Trojan” virus that is just as sneaky at stealing data as its Windows counterparts if you don’t update your device to the latest software update.

The question of whether Macs need antivirus is not a new one, but the answer is changing. While Macs are generally more secure than Windows PCs, they are far from immune.

The scientists among you will recognise this as a confusion of cause and effect. It’s also a simplification of a complex issue.

2017 has already seen multiple reports that suggest Macs are less secure than they once were. Business Insider claims that Macs are now more vulnerable to viruses and attack than even Windows PCs. And Fortune has warned of Mac malware that can freeze Apple computers.

This problem is hard to detect and the victim (you) will only likely find out about it if you have a firewall in place. While Mac wasn’t a hot target for cyber criminals in the past, times are changing especially that more people are using the web or taking their businesses online to keep up with the advancements and stay relevant in the market. Most Mac users are actually rich people because Apple Mac devices are generally sold at a much higher price than the rest of Window powered PCs.

For consumers and businesses, it needs to be a reminder of the importance of keeping operating systems updated – and all data backed-up more than once. Windows may be the primary target, but Mac malware is growing – which includes ransomware.

McAfee said recently that Mac malware grew 744% last year. Most of it was adware, which is an irritation rather than a threat to data, but not all of it.

In January, we saw an attack which hijacks Safari and the Apple Mail app to cause Macs to crash and a separate attack that captures screenshots from them. In February, a Word macro specifically aimed at Macs allowed arbitrary code execution capable of anything from keylogging to webcam captures. In April, a fake macOS update allowed an attacker to spy on all Internet usage, including secure websites. In May, malware disguised as a Flash updater made its way from Windows to Mac, and a Handbrake mirror got hacked to allow a malicious version to be installed.

In case you thought I’d forgotten to include something from March, that was a doozy. That was when we learned from Wikileaks that the CIA has a hacking unit devoted to iOS malware and has lost control of most of it. Indeed, governments are probably the biggest customer for zero-day exploits, and have the biggest teams working on discovering new ones. The WannaCry attack itself uses an exploit developed by the NSA.

So technically, Mac isn’t safe from the viruses, malware, and ransomware that about the web these days. But since there aren’t as much Mac users out there than Window users, it is also the reason why cyber crooks target Windows PCs because most computer users use Windows computers so there is a bigger market to exploit and it is easier to do so as well. Its operating system is like sandboxed itself similar to having several fire doors that protect your Mac device from harmful malware. If it does gain entry, though, it will have a hard time messing up your system.

Basically, you have nothing to worry about these pesky viruses and malware if you only use your Mac at home and for personal use only. However, it is a different story if you own several Macs and use it for business purposes. You may opt to get some sort of protection for your Mac device for your own peace of mind.

No comments yet
Cybersecurity Is Mac Safe from Virus? Mac Computer