We have science to give credit for all the perks of modern living we now enjoy. For the longest time, the brilliant minds of scientists are what enabled them to come up with innovative technologies and processes that had definitely transformed the way we live over the years. While we’d like to think that the scientific community can very well take care of itself today now that they probably have access to millions, even billions, of funds and can easily connect with equally brilliant minds the world over, it seems we are greatly mistaken. There are many issues they are facing today and knowing that others are pitching in to help eases the worry of these experts in losing any progress they have made on ongoing scientific studies and trials. 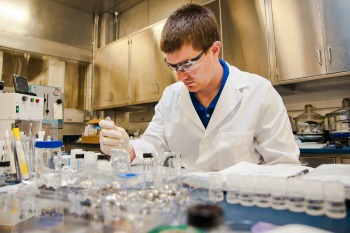 We all know that the world is changing and it has an impact on everyone no matter how big or small it may be. Not all the time the scientists can rely on whatever support they are now getting to help them surpass all the obstacles that come their way but it seems that it’s not always enough especially if they are facing the wrath of Mother Nature. It is exactly the same situation Texan scientists faced after the state was recently left in utter devastation by Hurricane Harvey. Looking at the extent of the damage this hurricane left in its wake, it is highly possible that almost nobody was spared even those who have devoted their lives to the pursuit of science.

Houston is home to over two million people, some 30,000 of which will be left homeless in the aftermath of Hurricane Harvey. It’s also home to multiple major research institutions, many of which took heavy hits from the storm. Houston scientists study everything from cardiovascular disease to the movements of the planets, and after checking in on family and friends, some also checked in on their labs—where water-damaged equipment, floods, and power outages mean losing ground on critical experiments, or losing them entirely.

Following conversations with colleagues on Twitter, Tim Mosca, a neuroscientist at Thomas Jefferson University in Pennsylvania, wanted to help researchers impacted by Harvey. “My lab and I put up a message, just something very general: If you’ve been displaced by Harvey let us know how we can help.”

Aside from Houston residents that have been affected by this force of nature, there were also plenty of research institutions that have been drowned in floodwater in the days that follow after the storm. Laboratories weren’t spared and it got scientists really worried especially that power outages were also common. But fortunately, social media is being used properly right now and as many as 150 research facilities all over the country volunteered to help those labs that have been badly hit by the storm. They used the hashtag #SciHelpTX as they called for help.

When artists and scientists get together, creative sparks can fly. Collaborative sci-art projects are increasingly popular and one obvious benefit is the greater visibility of the research through the artist’s work.

But what’s in it for the scientists? It reinvigorates a curiosity about the system and brings an outsider perspective – but one that is expert in observing.

We always hear the saying teamwork makes the dream work and it is undeniably true. Any task, no matter how big it is, becomes lighter and bearable when the work is shared by many. It’s the same thing with science. Not everyone really cares what scientists got up their sleeves in their hidden, sterile labs unless we are made aware how we benefit from it, but otherwise, we simply don’t care.

It’s a different thing when it comes to the arts. There is always someone who is artsy and likes everything related to arts. When you combine the two together, science undoubtedly benefits from the mass appeal the arts has on people and in a way even encourage philanthropists or other private organizations to fund many scientific studies that can use more money in furthering their work. As long as others are willing to support science, the life that we know today will continue to progress and take everyone to new frontiers we only used to dream of in the past.