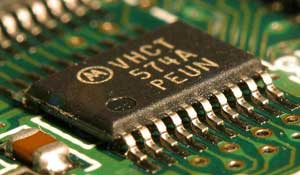 It’s no secret that the cost and availability of Intel (or compatible) chips has a major impact on the prices customers pay and the performance they get. While there are often allocations or limited supplies of some specific parts (like the 486DX2 in the third quarter of 1992), a general overall balance has always applied.

That’s about to change.

As the accompanying chart shows, overcapacity on the manufacturing side is going to cause a staggering gap between chip supplies and personal computer consumption in the next 12 months.

Of course, not all X86 processors go into PCs. Some are used in appliances and electronic gewgaws, so a difference between PC units and processors is inevitable. But the roughly 40 percent “overage” for this year isn’t going to be absorbed in these other markets.

This oversupply will cause no small amount of strange happenings. Moving from an Intel-controlled, monopolistic market to one that is highly competitive, rapidly shifting and free will make current events in the Russian economy much more understandable for us than analysis by Peter Jennings and hours of videotape ever could.

Of course, rather than approach this issue rationally, the supply side of the business will resort to that tried-and-true practice of …

Read More
No comments yet