Technology is fast evolving and it seems that it can’t be stopped by any of us. After all, we live and breathe technology these days. That’s just how dependent modern life has become to tech advancements. You think you’ve seen it all but no, there is so much more to explore and develop when it comes to technology. We are just at the brink of its further evolution and experts aren’t even sure humanity is ready for what is awaiting us in the years to come. 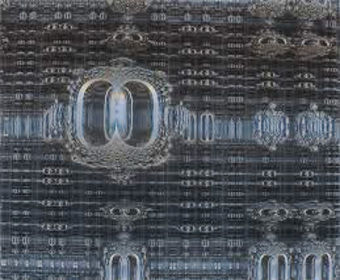 There is one thing for sure though, we don’t have to wait for long to see for ourselves how these new technologies unfold and become a part of our daily lives. And we can count on Microsoft to ensure we don’t have a hard time coping with these new changes because they’ve already prepared a coding program for quantum computing as early as now. The average Joe probably finds it impossible to grasp how quantum computers work, which makes Microsoft’s initiative more instrumental in helping people understand the inner workings of quantum computing so we won’t have that much of a hard time adjusting once it becomes accessible to the public.

Microsoft is effectively building a language

Naturally, Microsoft contends that variations of Windows CE, the slimmed-down version of its flagship operating system, will be the best choice for the brains inside these devices. In fact, the new WebTV boxes have their own operating system with a bit of Windows CE running underneath. By doing this, Microsoft is encouraging software developers to write applications for its set tops, using Windows CE tools they already know. Small applications for the WebTV devices, as well as games and other home-oriented programs, are expected to ship this year.

It’s a long way from the latest version of WebTV to Microsoft Icebox OS 4.0. But while Microsoft and other companies wait for the Internet appliance market to develop, they’re quietly turning your home PC into something that looks more like a TV.

According to specifications proposed earlier this year by Intel, Microsoft, and Compaq–all of which have some clout in such matters–a year from now, most new home computers will have TV tuner cards that can receive digital television broadcasts. The companies say the tuner cards will add less than $50 to the price of a PC, and that cost will be absorbed in the normal erosion of PC pricing.